What are Your Intentions with My Daughter?

A few weeks ago, I had a tender moment with my 16 year old son. He was preparing to go on a date with a new girlfriend whom he seemed to care about more than others and he asked, “Mom, what does it mean if her father asks me, ‘What are you your intentions with my daughter?’“ 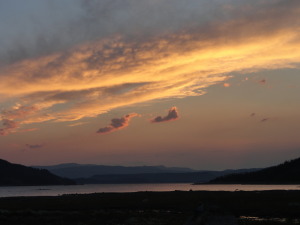 My son had not yet met her father and was worried about how to answer if her father asked my son such a question. “Do I just say to have a good time?”

I could hardly hold back a giggle when I said, “No, definitely don’t say that because that saying sometimes means all you want to do is hug and kiss her.”

I had some trouble coming up with the right words myself for a man of his age. “Just to have fun?” my son continued. My mind went straight to the gutter imagining any father’s reaction to such a response.

So I skirted around the issue and assured him her father would not ask him such a thing at his age because usually that was something to ask to a young man about to propose to his daughter.

Seeing my son’s unsatisfied look on his face, divine intervention took over and I said, “A good response is to say you want to treat her like a queen.”

We had the talk before when he was little, about the appropriateness of anyone else touching his body and even respecting other’s personal space.

As a preteen and scattered throughout the years since, we had the talk about the importance of respecting and loving your own body enough to share it in special ways with the person you marry.

But now he was finally in a relationship where he might even kiss the girl so it was time to talk about respecting other people’s bodies and his own as if it belonged in the kingdom of heaven. And so I brought out a piece I wrote a few years ago to a young woman entering the dating scene. I hoped I could use it for my boys – substitute king for queen and I think it applies to everyone:

As you are seeking your soul mate, anyone you create a relationship with should be worthy of someone you would spend the rest of your life with. Treat her/him as if she/ he was a queen/king and expect to be treated as if you were a queen/king.   Know you are both precious, perfect creations of God and unless you both believe this to be true of yourselves and of the other, you will not truly value the treasure in each other’s being.

Consider a queen who understands her royalty, her unique special influence and the importance of her duty to the world – she expects to be treated with absolute respect by anyone who comes in contact with her. She is open to allowing anyone into her kingdom but only a few are invited to her palace. She has a duty to be true to her life’s mission and seeks only those who can assist her in her ultimate goals to become a part of her court. To be a court member, a person must have a longstanding relationship with the queen in her kingdom and only through proven actions of their integrity, honesty, loyalty and ability will they be allowed access to the most intimate details of the workings of the palace.

There is nothing she needs to save. If something does not feel right in her kingdom, she has the complete power to banish it from her presence. A queen protects her kingdom with clear boundaries and set limits. If something makes her feel uncomfortable in anyway, she knows it is time to remove that element.

There are no undisclosed laws – rules and expectations are explicitly explained to all who plan to enter. There is no need for harsh punishments or judgments – if a person does not wish to abide by such expectations, they are simply asked to leave.

A good queen also knows that unless she takes good care of her self internally, she will not be able to radiate as royalty should. Therefore, she never allows the needs, wants or troubles of others to get in the way of taking care of her kingdom first.

A queen knows she is special, she knows she is wanted, she know she is of value and she knows she bears influence on the entire world. Therefore every action she takes is deliberate toward her life’s intent, not on the intent of pleasing others.

And so I say, consider yourself a queen in the world you build around you (your kingdom) and the palace as your most intimate parts of your body, mind and soul.

As for my son, if he treats not only his girlfriend like a queen, but everyone else as royalty as well, he will be serving the Lord in recognizing the goodness and potential in each soul.  And if he sees himself as deserving of only the best that life has to offer, he too will be prepared and able to do God’s will with zeal.  I continued with my advice on dating:

Never kiss on a first date – it is a sign of respect for yourself and your relationship that it moves at a pace where friendship is a priority over romance.

Always get to know a person in a safe environment where biological urges don’t over power the urge for a long-term meaningful relationship. Go for walks, go for hikes, go out for dinner, go for a picnic, go for a trail ride, go to the movies, see a concert. This is where you can together share your expectations; your dreams, your desires and you both can determine if they are worthy to become a part of your court (a friend).

It is imperative that you be selective in whom you invite into your palace. There are many worthy women/men who are able to fill your court openings – some may only be good as a jester, others as a knight. Write out a job description for your queen/king – your soul mate. List the qualities most important in an applicant – some mandatory requirements and a list of those you that would greatly increase their chances of being chosen.

A person will often show you the side they think you want to see in order to get into your palace (the most intimate parts of you). They may only show you their true selves when they think they have you hooked.

If you begin to show them parts of your palace and they become disrespectful, it is time to use your power to banish them from your kingdom. It is a waste of time and energy to try and create a relationship by changing who they are, what they like, what they want and what they do. Don’t settle for anything that works only some of the time. Either feel joy in the moment or find joy elsewhere.

Finally, consider yourselves equals with gifts and talents in different areas but that allow you to compliment each other. There is a need for both yin and yang so it is okay for you to be different from one another as long as you value those differences. However if one person in a relationship feels/perceives/believes one person has more power, control or influence in the relationship than the other, there cannot be a healthy relationship – it will be destined to fail.

When you experience true love, you will have patience for one another, you will be kind. There will be no jealousy between you or any need to boast about your gifts.   You will both allow each other to live in your unique way without judgment or attempts to change each other’s thoughts, feelings or actions. There will be conscious choices to keep the good feelings from love flowing and forgiveness will be abundant. True love will endure all things and never fail.

How does this relate to Mother Mary? Mother Mary built a Holy Temple within herself for God to reside. She treated her mind, body and spirit as a special kingdom worthy of only the highest quality thoughts, feelings and actions which gave God reason to use her as a vessel for His son.   Let us teach our children how to respect their bodies, minds and spirits when allowing anyone into their kingdom so that if a father asks, “What are your intentions with my child?” we can answer, “To treat them as you would want us to treat you” for whatever we have done to the least of your brothers and sisters, we have done to you.