Would Mother Mary Ever Spank Jesus?

Minnesota Vikings running back, Adrian Peterson was recently charged with felony child abuse for “spanking” his child.  The controversy over these charges sadly reflects our lack of respect and understanding of God’s intent for us to offer our children a perfect love. Some say spanking is necessary to gain control over a child or to get their attention. Others even claim it is necessary to earn respect. I challenge everyone to ask, “What Would Mother Mary Do?”

Mother Mary practiced and taught her son, Jesus, to practice peace. Was it not Jesus who suggested we turn the other cheek? (Matthew 5:39) Was it not Jesus who told Peter to put away his sword? (Matthew 26:52) If what we have done to others, we have done to Jesus, would you think Jesus would encourage us to hit (or spank if you prefer that term) precious children? Can you even imagine for a moment that Mother Mary would turn and strike her child whom she knew to be the Son of God?

The act of hitting someone whether it be spanking or beating is the ultimate act of disrespect. Adults wouldn’t tolerate it from other adults so why should children?

I remember as a child getting a spanking each night I refused to eat everything on my plate. I was full most of the time when I still had food sitting on my plate (although I am sure there were some nights I just didn’t want to eat what was served). Even though I was little, I knew when I was supposed to stop eating – when I was full. After a few nights of spankings and being sent to bed, I tried to eat more but that didn’t feel good either. I didn’t develop a fear of leaving food on my plate, I made the choice many a nights to be true to myself and get a spanking instead of eating beyond my fullness. What I did develop was a fear of the person spanking me.

Did you ever respect someone who was violently out of control? Even scarier in my opinion, is a person who claims they have control and has meticulously planned out how and where to hit a child if he or she misbehaves – can you respect calculated violence? Never has a violent act created peace – submission perhaps, but not peace and definitely not respect.

Being from the Jewish sect, the Essenes, Mother Mary and her son, Jesus, practiced what was called the Sevenfold Peace. Each day when the sun was at it’s peak, they would spend time meditating, praying and focusing their intentions on creating peace in a particular area of their life. Peace with family was a focus on one day as was creating peace through the actions we take when we interact with ANY of God’s creations – people, animals, nature, our environment on another day.

Children learn best by example. Showing children we can control our urge to react violently is one of the best ways we can teach peace in our home. You want respect? Practice self-control. You want control over your child? Practice respecting your child’s physical, mental and emotional wellbeing.

If you respect your children’s overall wellbeing, they will feel safe, accepted and loved and their own desire to continue to receive your respect and love will fuel their decisions to make healthy choices. Children have the natural instinct to please their parents but an even stronger instinct is the one to protect themselves physically, mentally and emotionally. If we are to live on earth as it is in heaven as Jesus asked us to, children should not have to protect themselves from the people who are supposed to be protecting them in the first place.

Children make mistakes, they test the waters, and sometimes they make choices we wouldn’t want them to make. As part of our humanness, we all make choices that are not always the best ones. Expect difficulties, even embrace them to use the opportunities to teach life’s lessons as a child when the consequences aren’t nearly as difficult as when you become an adult.  Teach your child not to hit others and they will stay out of jail for hitting someone when they become an adult.

I spoke with a woman whose son had woken in the middle of the night and began flailing about hitting her in his likely dream induced tantrum and she asked me, “What Would Mother Mary Do?”  Mother Mary would act on principle.

Mother Mary would attempt to create peace which may have meant trying to calm the child through her words, touch or by simply changing the environment.  It would also include staying peaceful within her self too.

Mother Mary  would attempt to provide security with boundaries.  She could provide her son with a safe and acceptable place to throw his tantrum without letting him continue to hurt her.  She may have needed to separate herself from the disharmony letting him know she would return when he gained self control.

Mother Mary would be accepting of the child’s feelings but not of the behavior.  Validation of another’s feelings is always a helpful way to diffuse a situation – there is no longer a reason to fight or argue if someone agrees with you.  The Essenes believed a person’s feelings directed their actions.  By seeking to understand her child’s feelings, she could better understand his actions and she could offer alternatives choices to achieve the desired outcome.

Mother Mary would provide unconditional love when he himself was in a calmer state to be able to receive it from her.

What does God do for us when we choose to turn away from the direction he is leading us? He allows us to experience the natural consequences of those choices. He then invites us to return to his heart through forgiveness and love – a perfect love in fact. Jesus describes a perfect love:

“There is no fear in love; but perfect love casts out fear, because fear involves punishment and the one who fears is not perfected in love.” (1John 4:18 NASB)

Mother Mary wanted to provide a perfect love for her son, which meant she needed to do so without instilling fear that basic needs such as safety and acceptance are conditional. What Would Mother Mary Do? She would model peace and forgiveness through an unconditional perfect love.

What can we do for our kids?

Communicate with words, feelings and actions that do no harm to your child’s physical, mental or emotional wellbeing. Create peace.

Let them experience non-life threatening natural consequences for their choices or provide a logical alternative.

Immediate logical consequences are best but if you are too hot headed in the moment, let the child know you will determine a consequence when you are able to cool down and make a good choice. 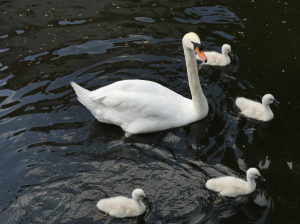 trust in their own capabilities to choose wisely.

Kids who know the consequences of their actions before a situation presents itself are better prepared to make healthy decisions. Tell stories of other children making a variety of choices – with both positive and negative consequences so they have something to recall if they ever come to similar crossroads.

Trust that unconditional, perfect love is the answer to most every difficulty. It’s what Mother Mary would do.

This site uses Akismet to reduce spam. Learn how your comment data is processed.